Module to the VKontakte
Published on Sunday, 04 January 2015 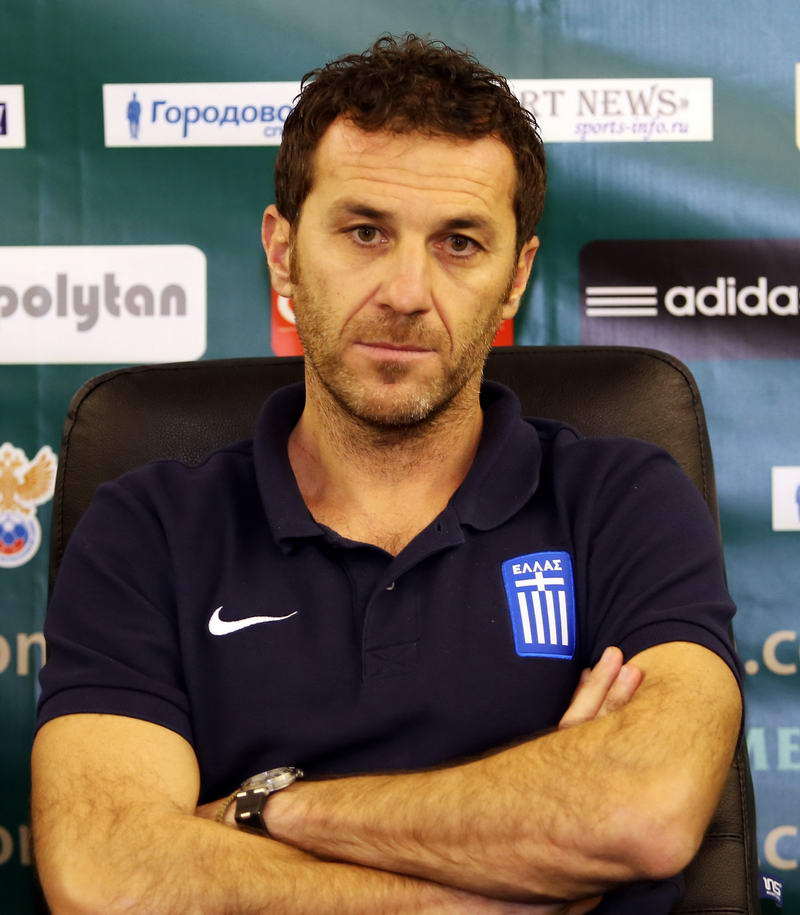 That is not the first year when Petersburg's Vladimir Granatkin Memorial literally forces football fans to diversify their New Year «hangover» holidays with visiting winter football games. So what is the secret attraction of the tournament in Petersburg? The answer is obvious.

Who among true connoisseurs of football doesn't want to act as a thin seer, noting «high-speed right winger» in the Junior team of the city or a «technical «ten» in the Russian national team of 17 years old players?! Then, in ten years or twenty, just to say carelessly sitting among experienced fans: «Well, this very Salenko (Desailly, Möller, Bierhoff, Dzagoev) I've noticed at once at "Granatkin"! Right at first glance I've realized that the future star is rising..."

There is the second reason also: in the first days of January, not only the future stars of football are coming to St. Petersburg, but the present ones too – those who recently enlightened their power out of the pitch and now are the confident acting coaches. Is it interesting to see how the former forward of three teams of the USSR, the CIS and Russia (Sergey Kiryakov) or a perennial idol of the fans from St. Petersburg Vladimir Kazachenok run the game from the sideline. Well, last Sunday in the PSCC was quite interesting: Zenith striker Kazachenok opposed one of the best Greece defenders of all times, European champion-2004 Ioannis Goumas! As we say – it found a rock spit: the fighting draw – 2:2 with young hosts of the tournament to win back twice. So Goumas looked very disappointed after a final whistle... Nevertheless, that would be just a sin not to talk to the live star of Greek football.

– Ioannis, we are glad to see one of the participants of that sensational national team of Greece that shocked the whole Europe 10 years ago with triple victories with equal score 1:0 with France, Czech and Portugal in quarter-finals, semi-finals and the final of Euro-2004, at our tournament.

– And I am pleased to know that Russia knows me.

– I hope, if I am not mistaken saying that despite the gold medal of Euro-2004, you also have three champion's titles of Greece and three victories in national Cup in your collection?

– Yes, you are right. But you have to add the qualifying to semi-finals of Champion League with my home club Panathinaikos. That success is very precious and memorable for me.

– All of the football trophies of central defender Ioannis Goumas, except «Champion of Europe», were gained with Panathinaikos he played in from 19 to 34 years old. 15 years of big football within one and only football club! That is incredible concerning the present peculiarities of the industry. We can recall only Steven Gerrard, and even he is leaving his home Liverpool.

– I have joined Panathinaikos when I was just a kid. That is my home, my family that gave me a trip to a big football. How could I leave it, to move from Athens from Greece to somewhere I am not belong to?

– Did they invit you urgently?

– Yes, I had some proposals. Paris Saint Germain was interested in me. Of course that would be very enticing to play in French championship, but as I felt myself cozy and convenient at home, in Panathinaikos, I've decided to change nothing in my life.

– When it was time to finish a career of a player, have you felt yourself as a coach already?

– Little by little, I prepared myself to this role. I've started to work in the club of third division of Greek championship – its name is barely known in Russia. Then, I've spent a season as a head coach assistant of Xanthi, playing within Super League. Step by step I've accumulated a coach experience. Just recently, I was invited to take a U-17 Greece national team and I gladly accepted that proposal. I have a lot of work, but it is very interesting and promising.

– You was a confident defender, but here in St. Petersburg your team let in many goals...

– It is only one month that I have taken this team. By the way, I do not think that our defense line is weaker than attack. It is very important to stay focused in defense for the whole match. So, we will work and teach our players. Winter tournament here in St. Petersburg is a good opportunity for this training.

– Was it a confident and constant defense line of Greece national team that had gained three decisive victories on Euro-2004 with the score 1:0?

– I stayed in reserve in those matches but all of us, the line-up, reserved players were a single team, the team from the capital letter. Everyone was ready to follow each other and do their vest for the victory of the whole Greece football.

– Ioannis, tell us frankly, how long did your country celebrate this amazing football champion's title?

– What is your most memorable and bright impression of summer 2004?

– When I came back home from Portugal after the Euro and saw how many Greeks felt the real happiness after our victory, I felt myself as a King! However, those emotions did not last for a long – we needed to start preparation period with Panathinaikos for the next season.

– Dellas, Basinas, Zagorakis, Haristeas, grey-haired goalkeeper Nikopolidis... The fans of whole Europe remembered that national team of Greece for a long time. Do you keep in touch with your old football friends?

– For sure, nearly all the guys have already finished their football careers. However, we still gather to play football for fun regularly. We are the Team and that is forever.

We thank liaison officer of Greek national team U-17 on Valentin Granatkin Memorial Konstantin Ivanidi for the support in interview organization.